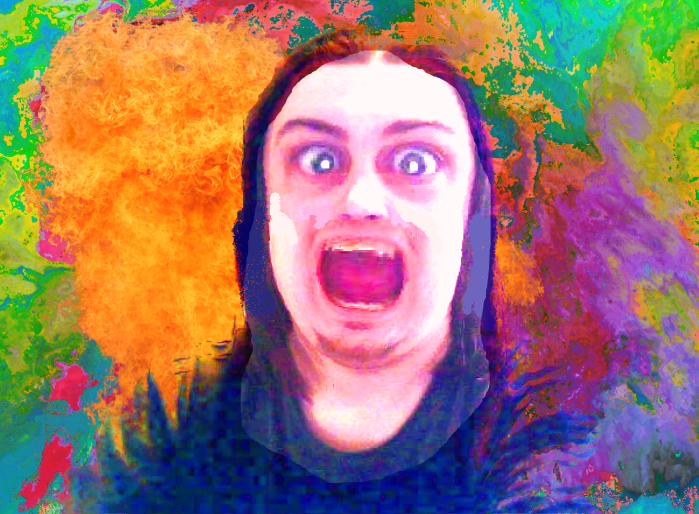 Sorry for the long absence.

I gave it to my aunt to work on.

She does IT work for the local school district.

Unable to fix it, she gave me another one that a school was getting rid of.

I tried to salvage what I could from the old one.

But, most of my programs and files were lost.

I’ve been searching for the missing software and restoring what I can.

My scanner/printer didn’t want to cooperate with the new computer.

I tried replacing it.

But, the replacements didn’t work either.

After a couple of days messing with it, I finally got it running.

My van has a million problems.

But, at least I got the front tire fixed that kept going flat.

I thought maybe the rim was bent.

I had it looked at and they found a piece of metal lodged inside.

They patched it up.

Now, it shouldn’t be a problem anymore.

I tried to repay my grandmother $700 dollars I owe her.

She forgave some of it.

My ex forgave the $200 I owed her, too, since I’ve been helping her relocate and move her stuff.

Not sure how I’ll get my other debts paid.

But, I try not to get stressed out about it.

That really fucks up my creativity. 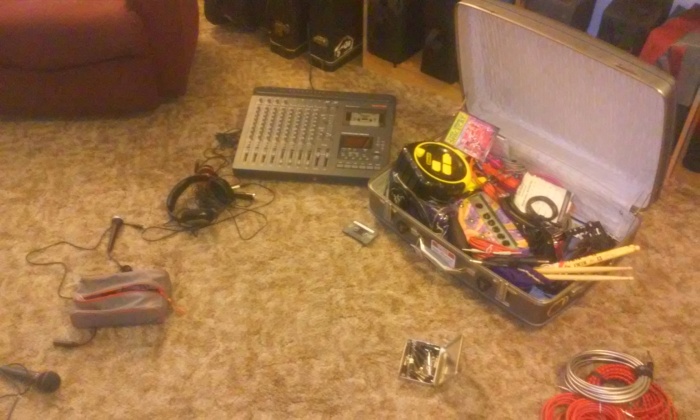 I got very annoyed.

Other bands are doing stuff that I wanna do.

But, they keep beating me to it.

I hate when that shit happens.

Maybe it is just that everything has already been done to death and we keep repeating and reinterpreting what came before us.

I know that, financially, I am gonna be screwed for the foreseeable future.

I am robbing Peter to pay Paul for as long as I have to.

I seriously doubt that I will break even before summer begins.

I keep putting off working on and publishing the zine until I can get ahead a little.

But, that doesn’t look like it is going to happen very soon.

I may do a cheaper version, than what I had in mind, until it begins to pay for itself.

I will probably raid my boxes of old tapes that I have in storage and dig around for some incomplete material to finish.

I have a lot of it, going back nearly forty years.

Since I have been tinkering with the analogue multi-track machine, maybe I will include some fresher stuff with it, too.

A guitarist whom I have not played with in years contacted me and is eager to jam again.

So, maybe he can give me a morale boost and help me get my shit done.

I am always willing to jam with other people if they are interested.

I need to find somewhere that I can paint and make loud noises too.

Maybe somebody can help me with that.

The Liberal Majority and How To Win With It
By Ian Welsh Friday Sep 18, 2009 5:00pm One constant theme which needs dealing with is the idea that the country is more conservative than liberal and that centrists are needed to hold off horrible conservative things from happening.

More than that, this is an argument for oligarchy. What I see is that the majority of people, in poll after poll, want single payer. A huge majority want the public option, yet odds are decent you won’t even get that.

When people talk of left-center coalitions the center part include a large number of Senators (like Diane Feinstein) who won’t do what the majority of their constituents want them to do. At this point centrist = captured by monied interests.

Odds are if Obama wanted single payer, the House could pass it. It’d be close, but they could get it done. The House is the more representative body of the two bodies, the Senate is deliberately retrograde.

When I look at the US what I see is a banana republic, because it doesn’t act like a democracy. I see people who think that the Senate, or even the House, actually does what the American people want. Again and again, Congress does things that the majority disagree with. In 2006 the Dems were elected to end the war in Iraq, for example, and refused to do so (though again, the House at least went through the motion, the Senate didn’t even make an effort). Oh, Congress will sometimes do what the majority want—when that’s what it was going to do anyway.

The plan to fix this is simple enough and always has been.

Obama was a right wing democrat and this was clear early. This was clear even in the primaries and certainly into the election. Once he was chosen as the nominee the best idea was to not to work for him or give him money, because he could win or lose without netroots or progressive support (it was a drop in the bucket compared to what he was getting elsewhere and was not decisive for him), and to instead take that time and money and spend it on electing progressive members of Congress, where that amount of money and volunteers could be decisive.

People who hold progressive and liberal policy views are a much larger proportion of the population than the right wing crazies are, they are in fact a majority of the population, though you’d never know it from listening to the gnashing of teeth of some folks.

If the right wing crazies could capture the Republican party, liberals and progressives, who already make up the largest block in the House, and who massively outnumber Blue Dogs, can certainly do the same to the Democratic party.

If, of course, they stop telling themselves self-excusing lies about how the country doesn’t agree with them on basic issues like healthcare, when, in fact, the country does. Americans may not call themselves liberals, but when you look at their actual policy positions they are more liberal on most (not all, but most) issues than they are conservative. That’s a gap in self-perception it should be possible to jump.

It takes real work for the centrists and right wing to keep Liberals and Progressives down. Notice that almost all of Obama’s whipping is towards the left, towards progressives, not to the right. The right wing of the Democratic party is more or less doing what he wants (forget the rhetoric, again, look at who he and Rahm whip), it’s the left wing he’s scared of, because if they got their act together they could stop him from passing anything. The Blue Dogs in the House do not currently have a veto, the Progressives, if they want to use it, do. And that’s why they get the back side of Obama and Rahm’s hand so often.

The left is the most dangerous force in American politics today. The entire resources of the lobbying industry and of centrist Democratic interests are required to keep it in check, not just during legislative season, but during elections, when the DCCC and the DSCC do their very best to make sure that progressives don’t win primaries, and when they do, that they’re starved of resources.

So time to spine up. If you’re a left wing Democrat, you belong to the scariest force in American politics. The crazy right will have some good cycles yet to come, mainly due to Democratic establishment incompetence and preference for mushy middle candidates but demographics are against them. Don’t write Republicans off yet, but they are failing. You—the left—is the rising force, and everyone in the center and the right, is doing everything they can to keep you down.

Don’t let them, and don’t believe lies about how you’re some tiny minority whom the American people don’t agree with.

Video made by Johnson & Johnson heir about 3 years ago. Caused a bit of a stir and then the doco ‘dissapeared’. Has anyone else seen it around? Some great stuff opn the up’s and downs of poor little rich kids. VERY enlightening and shows just how disconnected from the daily grind these perfumed princess’s and princes are. Still, hats off to the film maker.

Disclaimer: All these pictures and mp3s are copyrighted by umm …. someone. If you like the following audio clips (like I do), please consider buying some Barack Obama books.

If you’re holding a copyright, trademark, anything on these pictures, files, … and think I’m infringing your rights, please let me know and I’ll remove this post.