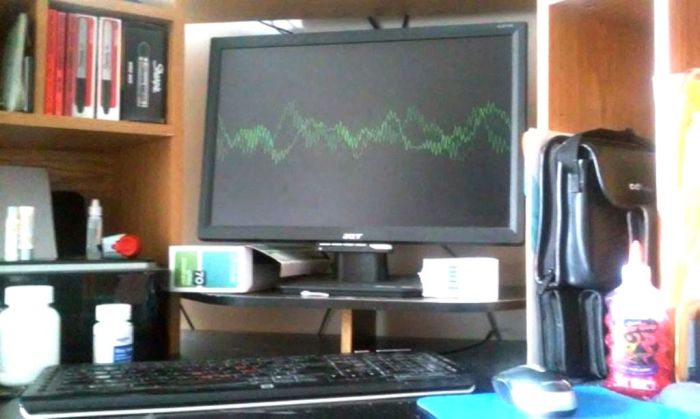 I was gonna record a vlog to go with this (including a new song!). But, I didn’t get around to it. I’ll try to get it out this weekend, maybe. I have been digging through my old practice tapes and recording new demos for a couple of months now. I am not happy with a lot of it. But, you always have to dig through a lot of shit to find anything useful. Since I haven’t put out anything in a long time, I have been contributing to other people’s projects. I was asked by Uncle Ghoulie to provide some artwork and sounds to Truth Porn Militia – No Budget Radio Podcast. So, that is cool. I will be getting that out soon. There have also been some zines and other things requesting my input. So, I haven’t been completely unproductive, I guess.

I’m really beginning to wonder if maybe I should just give away my notes & artwork to let someone else make my movies. At least then they would get produced SOMEHOW. Tim Burton had almost nothing to do with making Tim Burton’s The Nightmare Before Christmas, yet his name is still in the title. He just gave his old sketchbook to another director and said, “Here. Knock yourself out.” Good idea? Bad idea? I don’t know. But, it looks like if I’m gonna produce it, it will likely be a few years until it it is done. Even if I cut costs to the absolute bone and it looks like dogshit, I don’t think I can get it done.

I’m crossing my fingers and hoping that I can get Theee Urban SpaceCat finally going this month. I should have enough raw material for a few issues already. I’ve been continually painting, drawing, recording, writing, etc. It really comes down to paying for putting it out there. I’ll deal with other expenses later, if it becomes necessary.

After over a year of keeping my stuff in storage, lacking enough funds, I recently had to let go of my storage unit. I have downsized a lot of it. So, at least I can fit everything in my grandmother’s garage (between the Christmas decorations and patio furniture). She gave me a nice bookshelf that was no longer wanted. So, I finally have somewhere to keep what is left of my vinyl LPs. I was very disappointed to realize how much of my collection that I’ve sold off.

She also gave me a free pizza promotional card that she got in the mail from Domino’s Pizza. I later brought the pizza back to her house. She, my nephew Michael, and I enjoyed a large deluxe. Mmmmmm.

I gotta finish cleaning up here, soon. There is an apartment inspection coming Monday. The landlord is making sure that no bed bugs have returned. Thankfully, the place has been pest-free for a year now. As a matter of fact, it was during the bug extermination last winter that I began renting my storage unit. So, it lasted one whole year.

I just got a small loan to cover my rent problem (last month’s check bounced!). I needed to pay two month’s rent and late/returned check fees IMMEDIATELY or I would get evicted. I’m not sure how much more financial Jiu-Jitsu I can pull off before it finally catches up with me. The van has a lot of mechanical problems needing fixing. I still cannot afford to put insurance on it. I’m risking jail time for driving without it (a misdemeanor in Michigan!). I’m in debt to my eyeballs to doctors & hospitals, credit cards, collection agencies, etc.

I set up a Patreon account. Maybe, I can find a little help from some folks, to fix my money situation. It is a long shot, I guess. But, what have I got to lose? I will post music, videos, and other stuff for patrons that won’t get released anywhere else. I’ll be adding more bonuses for supporters (t-shirts, stickers, magnets, flamethrowers, meat cannons, etc.) when I have them available. Any assistance is appreciated! Thanks.