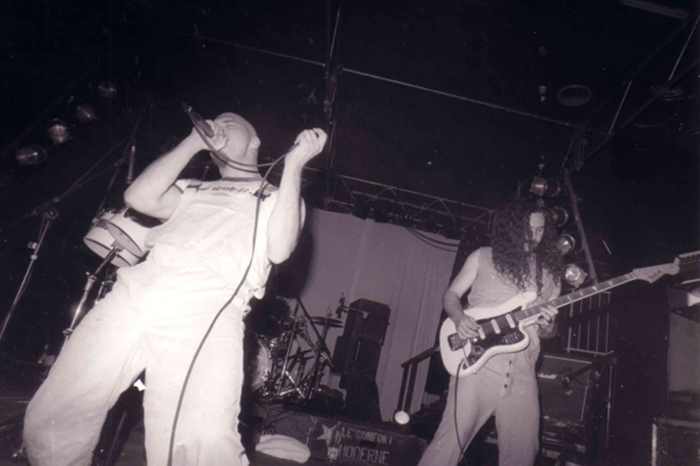 I wanted to post some of my original material.

But, currently, I lack a necessary adapter to fit the camcorder.

Anyway, I thought I would do the next best thing and share some music from one of my influences instead.

Grotus were a unique group during the 1990’s, having two bassists, two drummers, and two samplers.

Not quite an industrial band, their music often employed ethnic instruments and tribal rhythms.

Championed by Mike Patton of Faith No More, the band opened for Mr. Bungle on a US tour.

They were swallowed up in the feeding frenzy major labels went on, trying to find “the next Nirvana.”

It ultimately led to their breaking up.

I would be stoked if my music turned out being half as good as theirs.